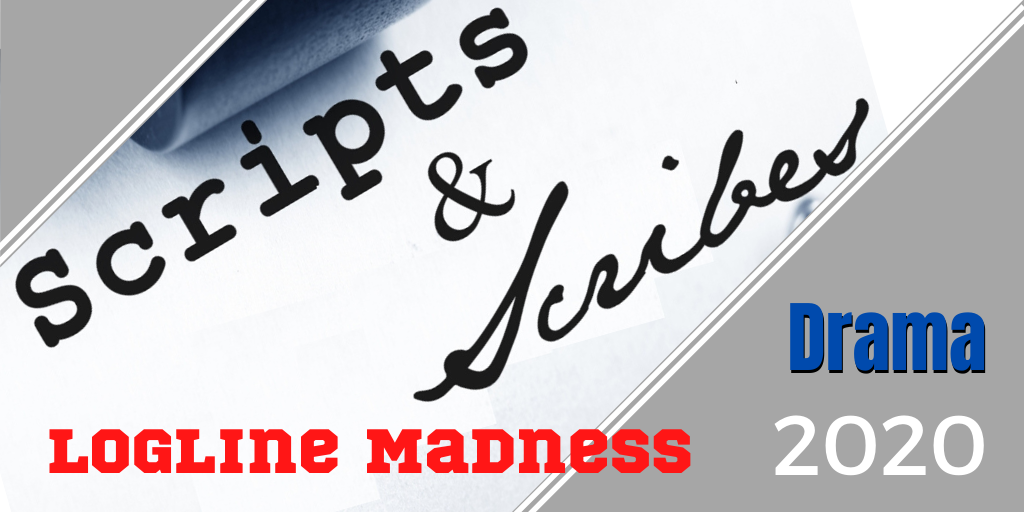 Below are the loglines designated as the top twelve (12) in the drama genre. The four (4) loglines chosen to move on to the Genre Final round, as determined by the judge, are listed at the bottom.

1) Party Pooper by Gianluca Cosentino (TV) – A socially awkward college student, who loses means to afford tuition, starts running an illegal business of house parties around campus, while serving as the student liaison against the uncontrollable party scene.

Judge’s Feedback: Feels more like a feature concept than a TV concept. Doesn’t feel unique enough for the marketplace. Feels too familiar and straightforward.

Judge’s Feedback: Doesn’t feel long-running enough to be a TV concept. Feels too controversial politically to be a saleable TV concept.  Intriguing idea for a sample, although it does feel a little closed-ended.

3) Black Russian by Danielle Motley (TV) – A Black woman unknowingly acts as a Russian sleeper agent while under involuntary hypnosis and must discover who’s controlling her before the alternate personality kills someone she loves.

Judge’s Feedback: Feels a little familiar and the Russian angle does seem dated, but feels fun and intriguing. Feels a little vague in the why and the world, though.

4) Reconstruction by Jelena Woehr (TV) – A surly forensic sculptor trying to kick her Fentanyl habit discovers that her creations can talk to her and help her solve their murders—but only when she’s using.

Judge’s Feedback: Dig the idea of a new and specific profession like this solving crimes, but the idea that the creations speak to her feels goofy. Hard to see that going long term.

5) Leave This World Alive by Joya McCrory (Feature) – An apathetic professional suicide note writer is hired to spend one last night out on the town with a terminally ill girl.

6) Starlet by Sara Ataiiyan (TV) – Former teen star Madison Jacobs is penniless and desperate to get her career back but must contend with her addictions, family secrets and her younger sister’s emerging career that threatens to overshadow her comeback.

Judge’s Feedback: Really like this. Only trick will be making it feel specific and intriguing, so it’s not the same old familiar tropes we’ve seen before about this world.

7) The Danger of Dying by Tiffany L. Fussell (TV) – A gifted linguist takes a job at a university in Arizona to study markings in cave dwellings on Tribal land, but secretly seeks to solve the mystery of her brother’s disappearance there years ago.

Judge’s Feedback: This feels less like a TV concept than a feature one. It does feel a bit familiar to so many projects (X-FILES most obviously), so making it feel unique is the challenge.

8) Post Mortem by Travis Carr (TV) – After a fateful accident, a desperate funeral home director tries to save his failing business by killing citizens of his sleepy small town, convincing himself it’s all for the sake of his family.

Judge’s Feedback:  Tone if obviously the trick here. Trying to find a way to keep us on the side of the main character given the dark deeds he’s doing. A little unclear how this doesn’t get noticed in a sleepy small town. Also, this does feel like a feature concept, not a TV one.

9) 8-Wheeled Assassins by Tessa Scott (TV) – Outcasted by the other school parents, a shy single mom joins a roller derby team in an attempt to make friends only to realize she’s been initiated into a murdering vigilante crew.

Judge’s Feedback:  The first half of the logline had me intrigued to read about the world of a roller derby team. And then the second half made it sound incredibly goofy and silly. I also wonder if this is a TV concept, as it’s hard to see how this is an ongoing series.

10) Sink or Swim by Eva Saunders (TV) – An American student plans to spend the summer in Germany helping refugees, but finds herself getting sucked into a seedy smuggling ring instead.

Judge’s Feedback: This feels specific and unique in setting and concept, but does feel unclear if it works as a TV show more than it does as a feature.

11) Seven Days in August by Joe Swafford (Feature) – In the immediate aftermath of the Michael Brown shooting, an African-American teen must navigate the new social landscape in his predominately white private school.

Judge’s Feedback:  This is intriguing, but since it’s such a low-stakes (relatively speaking) logline for a feature, it really all comes down to execution of the concept. There’s a high chance that it’s too slow burn to really take off.

12) Voodoo Macbeth by Daren Wagar (Feature) – A young Orson Welles contends with racial tensions, a drunk lead actor and his own ego as he tries to stage Macbeth with an all black cast in 1930s Harlem.

Judge’s Feedback:  This is really intriguing subject matter, so it all really comes down to execution. It also doesn’t feel super saleable (as there have been multiple Welles biopics made and none succeeded commercially), so it’s probably purely a Black List play and a sample.

The loglines selected as the Top 4 and moving on to the Drama Genre Finals: