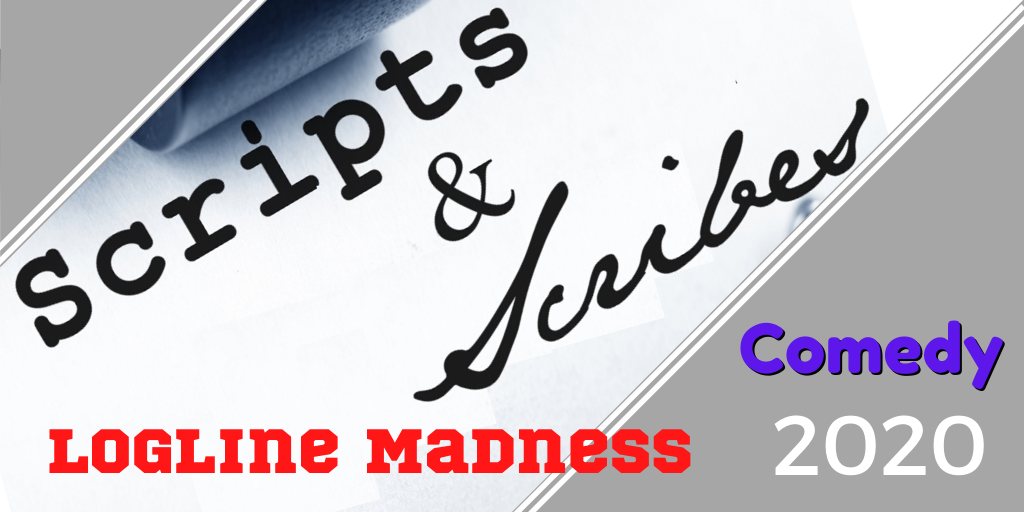 Below are the loglines designated as the top twelve (12) in the comedy genre. The four (4) loglines chosen to move on to the Genre Final round, as determined by the judge, are listed at the bottom.

Judge’s Feedback: There’s a nice irony to the concept that seems rooted in character, but it also comes off rather contrived and familiar with the setup and story.

2) The Eve by Gerrard Hartland (Feature) – After accidentally running over a fake Santa, a single mom learns she’s been cursed for the festive season and has until Christmas Eve to prove she is the holidays greatest champion.

Judge’s Feedback: It’s somewhat incredulous and the buy-in feels forced, but if it’s hilarious and the tone works, there’s something conceptual here. And a holiday-themed idea has market potential.

3) Resting Bitch Face by Dana Braziel-Solovy (TV) – When a people-pleasing starlet loses her ability to fake a smile and, with it, her shot at ingenue roles—she must learn to embrace her inner bitch, onstage and in real life.

Judge’s Feedback: It seems very low-stakes, and the whimsical conceit comes of contrived. Great title though, and the logline suggests there’s a character arc.

4) How Sheep Get Away With Murder by Vincent Ivory (TV) – When a farm owner is murdered at his farm house, an investigation ensues that yields no human suspects.  Now, the investigation turns to a farm of talking animals who attempt to pull the wool over the eyes of the authorities.

5) Aliens Are Assholes by Micah McFarland (Feature) – When a human-obsessed alien crash lands in a curmudgeonly park ranger’s cabin, they must work together to save humanity from the rest of her species.

Judge’s Feedback: Too familiar and vague. Would be better to get a stronger sense of the dynamic of the two-hander.

6) Mad Rush by Manfred Lopez Grem (Feature) – Two dueling Vogue interns almost cause the complete collapse of Western Civilization when one of them “borrows” the wrong dress from work.

Judge’s Feedback: The concept’s conflict seems like a real stretch of the imagination. Can’t tell if the tone is grounded or whimsical either. A two-hander among interns in the fashion world is a fun setting though.

7) How To Snatch A Crown by Dan Hass (Feature) – A mangy band of drag queens plot the ultimate revenge fantasy — infiltrating the ball of the season to tear down the evil queen who stepped on their tucks on her way to the top.

Judge’s Feedback: Suggests there’s opportunity for hijinx and humor, but it’ll be tone and execution dependent.

8) Kitty Stardust & The Corner Store by Ilene A Fischer & Diana Cherkas (TV) – Retired stripper Kitty Stardust returns to her Puritanical hometown of Chippwitch, Massachusetts to take over her parents’ shop. With a few changes.

Judge’s Feedback:  Too vague and low-stakes. Greater specificity on the nature of the business and these changes, and how her past as a stripper will play into her experiences in her hometown (i.e. is it very conservative values there?)

9) Out of Touch by Frazer Vella (Feature) – After a long-standing MP loses his seat in Parliament, he goes on a wild ride of drugs, alcohol and mishaps to find the meaning of life.

Judge’s Feedback:  Sounds like a fun role for an actor. Idea itself is familiar though.

10) Hounds & Dicks by Michael Gutierrez (TV) – A mockumentary found footage comedy following an amateur detective as she investigates the disappearance of a ’90s kids television star and discovers his co-stars, gearing for a reboot, might be involved.

Judge’s Feedback: The idea’s pretty standardized within the genre, but the mockumentary found footage style could make it more fresh and energized.

11) The Cat of Versailles by Hilary Van Hoose (TV) – An immortal cat narrates stories of his whimsical adventures throughout France’s history to an American girl living abroad.

Judge’s Feedback:  Idea is ripe with opportunities with its long-standing narrative potential and its original way in via a canine character. If the story sounds like it will be told too passively though, as reflections on the cat’s journey. And the human character doesn’t seem to have much agency.

12)Oreo by Aleisha Hull (TV) – Oreo is a coming of age story about an awkward black teen from the hood who struggles with the duality between the culture she grew up in and the predominantly white high school she now attends.

Judge’s Feedback:  Nothing really original here. Sounds like a drama that will be entirely contingent on the quality of the character work and storytelling. It is relevant though, if told in an honest and personalized way.

The loglines selected as the Top 4 and moving on to the Comedy Genre Finals: