Q1. The best thing about the holidays is…
Ted Sullivan: Seeing all the people you really want to spend your time with but never do during the work year.
Lindsay Devlin:  Watching it through the eyes of my toddler son.
Doug Griffin:  Time off from work.
John Zaozirny: Having a chance to spend time with family and friends back home in Vancouver.

Q2. The worst thing about the holidays is…
Ted: The focus on buying presents.
Lindsay:  How much I procrastinate buying gifts.
Doug:  Gaining weight from all the great food that is bad for you.
John:  The travel to get there.

Q4. I’ll do most of my holiday shopping…
Ted: It’s done. No seriously, I buy throughout the year and put things in a “Christmas closet.” That way, it’s not some mad dash in December. The truth is I really like giving people presents randomly during the year. It feels more authentic and less “following orders” handed down by Christmas Central Command.
Lindsay:  Online, last minute (see #2).
Doug:  Christmas eve.
John: On Black Friday on Amazon.

Q5. I’d like to give a lump of coal to…
Ted: I was going to say Trump, but really anyone who thinks they have all the answers. They don’t. (And I include myself in that category, even though after some whiskey, I tend to think I do.)
Lindsay:  Donald Trump.
Doug:  Assad.
John: Still under discussion.

Q6. The best holiday gift I ever received as a kid was…
Ted: A movie camera. I mean honestly, the Millennium Falcon was the coolest toy, that movie camera changed my life forever. I have a career because of it.
Lindsay:  My first Cabbage Patch doll. My Dad drove all over the state for it.
Doug:  An electric hockey game. (It was the 60’s.)
John: A large jar of Hot Tamales candies.

Q7. The worst gift I’ve ever been given is…
Ted: A bottle of sherry. I stopped by to see an actor I know to give them a homemade present I’d made. As I was about to leave, the actor stopped me and said, “Wait! I bought you something special!” He rushed in to his house and a minute later he came out with the bottle of sherry. He handed it to me proudly, not even noticing there was still a card attached to it from the person who had given it to them. I honestly don’t know if the sherry was good or bad, because I hate sherry. But the sloppy and oblivious re-gifting was maybe a little gauche.
Lindsay:  Lottery tickets from my uncle every year. The scratch-off kind. I never win.
Doug:  No such thing. EVERY gift is precious.
John: A large jar of Hot Tamales candies <- opinion arrived at after eating half the jar in one day.

Q8. The one thing I absolutely have to do over the holidays is…
Ted: Listen to “Have Yourself A Merry Little Christmas” from MEET ME IN ST. LOUIS. I like sad Christmas songs and Judy Garland is absolutely perfect. Luckily, this is a pretty easy holiday goal to achieve.
Lindsay: Eat my weight’s worth in sugar cookies and watch all the classic Christmas movies.
Doug:  Catch up on all the scripts that have been sent to me.
John: Get used to cold weather.

Q10. The holidays are best celebrated…
Ted: At home. With family. Family can be defined a lot of ways. Blood. Marriage. Friends. Anyone you can’t imagine life without.
Lindsay:  Drunk on eggnog.
Doug:  Sober. With family and friends.
John: As long as possible.

Q11. The song that best exemplifies my 2015 in spirit is…
Ted: “Everybody’s Talkin’” by Nilsson. Wistful and sad. It’s been a year…
Lindsay:  Sia’s “Alive”.
Doug:  “The Best Is Yet to Come” by Frank Sinatra
John: “Wichita Lineman” by Glen Campbell

Q12. Three things I read in 2015 that were outstanding…
Ted: “Lazarus” by Greg Ruka,” “Afterlife with Archie” by Robert Aguirre-Sacasa, “The People’s History of the United States” by Howard Zinn, “Criminal vol. 2” by Ed Brubaker, “God Is Not Great” by Christopher Hitchens, “What It Takes” by Richard Cramer, “The Invisible Bridge” by Rick Perlstein, “The Death of Archie” by Paul Kupperberg.
Lindsay:  Full disclosure, I barely read anything this year – having a baby meant I started many books but never made it past the first chapter. I did enjoy “The Girl on the Train” by Paula Hawkins. But everything else I “read” came in blog form, articles or parenting sites. Or the labels of a million baby products.
Doug:  An article on the future of solar power, a book called “Tesla’s Attic” by Neal Shusterman and Eric Elfman and a script called DAGGERS.
John: “Modern Romance” by Aziz Ansari; “Pale Horse Coming” by Stephen Hunter; “The Private Eye” by Brian K. Vaughn.

Q13. Three things I saw in 2015 that were amazing…
Ted: FARGO season 2. Holy crap… Cannot stop thinking about it. BETTER CALL SAUL may end up being better than BREAKING BAD. I don’t know how that’s possible, but the show is already breathtaking. MAD MAX: FURY ROAD made me so happy I was cackling throughout the whole damn thing like some lunatic. What a lovely day, indeed…
Lindsay:  EX MACHINA, SPOTLIGHT, LES REVENANTS (TV)
Doug:  THE BIG SHORT, THE REVENANT, SON OF SAUL
John: Sufjan Stevens at the Dorothy Chandler Pavillion; The Broad Museum; “Point Break Live”

Q14. The highlight of 2015 for me was…
Ted: Exploring China with my wife. It got me out of my comfort zone and made me reevaluate what was important to me when I got back home. Doing something difficult often does that.
Lindsay:  Surviving the first year of parenthood.
Doug:  Seeing gay marriage legalized.
John: Too soon!

Q15. The slang word/phrase I’m hoping ends with 2015 is…
Ted: I hope they all end. Especially Emojis. I don’t understand what they mean when someone texts them to me. Is that face? A flower? A pancake? I don’t get it. (And yes, I know this makes me sound like Clint Eastwood’s character in GRAND TORINO. Or, just Clint Eastwood)
Lindsay:  I can’t even.
Doug:  On fleek.
John: bae

Q18. If I could spend New Year’s Eve anywhere in the world…
Ted: Paris. I love that city. Runner up is Dublin. But that said, I am super happy to be spending it in one of my favorite American cities (San Francisco) with some of my very favorite people seeing a truly great band (Flaming Lips). We call that a win-win-win.
Lindsay:  On my couch in my jammies suits me just fine this year.
Doug:  Paris
John: Los Angeles, California

Q19. The one thing I’m really looking forward to in 2016 is…
Ted: Seeing people I haven’t seen in a long time.
Lindsay:  The return of Jon Snow.
Doug:  Getting a show on the air.
John: Finding out if Jon Snow is a zombie.

Happy Holidays to all of you and have a safe and festive New Year’s!  See you in 2016! 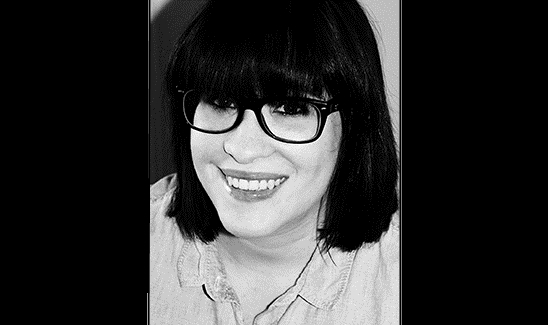 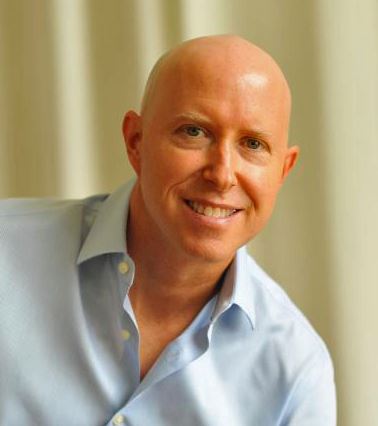