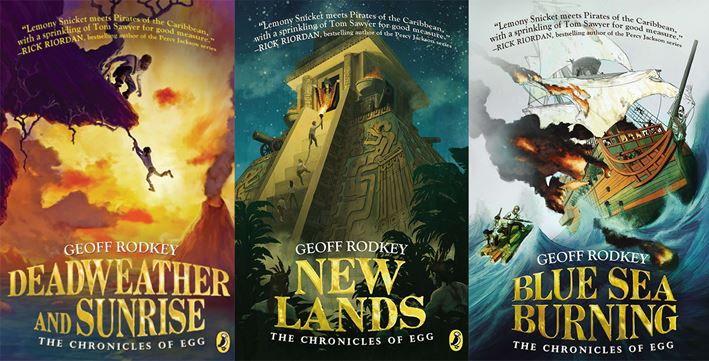 Interview with Daddy Day Care screenwriter and author of the Chronicles of Egg series, Geoff Rodkey

Kevin Fukunaga (Scripts & Scribes):  How did you get your start as a professional writer?

Geoff Rodkey:  I started writing for an audience in the mid-80’s, when I wrote humor pieces for my high school newspaper. Kids liked them, and the experience of getting positive feedback for something I’d written was what made me want to be a professional.

The first time I ever got paid was in 1993, when I sold a humor piece to a short-lived teen magazine called Quake that was edited by the girlfriend of a college friend of mine. To be fair, she probably wouldn’t have bought it if I hadn’t known her boyfriend.

The second thing I got paid for, also in 1993, was an episode of Beavis and Butt-head (“Cow Tipping”) that I co-wrote with another college friend, Stewart Burns. We didn’t know anyone associated with the show, but we’d somehow gotten the name and phone number of the story editor, so we called him up and convinced him to read a writing sample and let us pitch ideas.

Neither of those experiences was a quit-your-day-job situation: I got paid $250 for the Beavis and Butt-head episode, and I think $300 for the magazine piece. But it was a start.

Geoff:  I work at a communal writer’s space, which is the kind of business that can only exist in New York City (because most of us are living in apartments the size of toilet stalls). It’s nice, though—there are novelists, journalists, screenwriters, and academics all sharing space, so even though I’m working alone, it feels like I actually have colleagues.

Lately, a typical writing day starts after I drop my kids off at the morning school bus at 7:45 and ends when the afternoon bus dumps them back in my lap at 3:45. Somewhere in the middle, I have lunch. And occasionally a nap, if nobody else is lying on the only couch in the writer’s space. Kevin:  How did you get your first agents, as a screenwriter and as an author?  Which came first and how did that affect the getting the other?

Both processes were basically the same: first I wrote something (a screenplay, a novel), then I rewrote it—with a lot of feedback from people whose opinions I trusted—until I couldn’t make it any better.

Then I contacted everyone I knew who might know an agent and asked them if they’d be willing to take a look, and if they thought it was good enough, was there any chance they’d pass it along to the agent?

Personal referrals like this are infinitely preferable to a blind query, but the down side is that you have to know people who know agents. I managed this by, in the case of my film career, living in Los Angeles on the fringes of the film business for a year; and in the case of my book career, by having worked in film business long enough that I knew a number of producers and film agents who had relationships with book people.

Kevin:  What was the logline from the first screenplay you ever wrote and where it is currently?

Geoff:  “An ambitious young psychopath starts killing his political rivals in a bid to become president of his college fraternity.” It was supposed to be a dark comedy, but in the process of co-writing it with a friend of mine, the comedy somehow got lost.

I think there’s a copy of it in a storage closet somewhere.

Kevin:  You were nominated for an Emmy for your work on Politically Incorrect.  What is it like writing for a comedic political talk show and how is the show written?

Geoff:  That was an odd case in that I only worked on Politically Incorrect for two weeks during the political conventions in 1996, because I had a day job writing jokes for Al Franken, and Al was doing a recurring segment on the show (“Strange Bedfellows,” in which he and Arianna Huffington lay in a bed together onstage, dressed in flannel pajamas and lingerie, and argued about politics. This was back when Arianna was still a Republican).

To this day, I’m not sure how Politically Incorrect was written, because I only worked on Al and Arianna’s material. The show was done live, and in addition to those segments, Al and Arianna were also doing live interviews from the convention floor over the course of the day on Comedy Central. So most of the writing was done on the fly and rehearsed both backstage and in the van driving between the convention site and the studio where the show was filmed. It was pretty hectic.

Kevin:  Can you tell us a little about The Chronicles of Egg series?  What was the inspiration behind writing it?

Geoff:  It’s an adventure-comedy trilogy, set in a pirate-infested universe, about a very unlucky kid – with the even more unlucky name of Egg – who discovers someone’s trying to kill him but has no idea why. There’s a lot more to it than that – including political intrigue involving rival pirate gangs, slave traders, a lost treasure, and at least one beautiful but overly self-confident teenage girl – but that’s the basic gist of it.

When he was selling the series, my agent described it as The Princess Bride with 13-year-olds, which I think is pretty accurate.

I wrote the first book in the trilogy at a point when my film career was winding down (mostly because film studios had stopped making live-action family comedies, which were the kind of movies I wrote), and I wasn’t sure if I wanted to keep being a writer. But I figured before I found another career, I should take a shot at writing a novel.

And because I thought it might be the last thing I ever wrote, I stuffed the first Egg book with everything I’d ever wanted to see in a book: humor, action, romance, family drama, political struggles, and a lot of badly mutilated pirates.

It’s a fun read—while it’s marketed to kids, adults seem to like it as much as (and in some cases, more than) the kids do.

Kevin:  How important is promotion in terms of sales after your novel is published and what are you doing in terms of book promotion for The Chronicles of Egg series.

Geoff:  Promotion is half your job when you write a book, particularly a kid’s book. I’ve done a fair amount of online promotion (like, say,  this interview), and I write occasional humor pieces on my blog (http://geoffrodkey.com ), which is an “if you like this, you’ll like the book, too” kind of thing.

But most of the promotion has involved visiting schools and talking to kids about writing, with the intent of getting them interested in reading the Egg series. I’ve visited about forty schools in the past three months, and based on what I know of other middle grade authors, that seems to be about par for the course. It’s exhausting, but the only reliable way to let the target audience know your books exist is to show up at their school and tell them yourself.

Kevin:  Do you have any plans to adapt, The Chronicles of Egg, into a film or television series?

Geoff:  Not at the moment. I’d be nice if it happened, but I’m very happy with them as books, so it’s fine if it doesn’t. Kevin:  How do you approach writing a novel that’s different from writing a screenplay?

Geoff:  The outlining is a little less rigorous with a novel, for two reasons. First, because you’re not chained as tightly to a three act structure where you need to be hitting moments like an inciting incident, act breaks, etc. at specific points in the story.

And second, because the process of writing a novel is so much slower (and, I think, more subconsciously directed) that you tend to find more of the story as you go along.

But everybody’s different, and so is every project. With the first Egg book, I had a basic idea of the beginning, middle, and end, but I started writing without knowing how I was going to get from point A to point C. For the next two Egg books–because they had to be both stories in themselves and parts of a larger whole–I spent much more time making sure I had a structurally sound outline before I started.

I’ve never tried to write a screenplay without knowing the full three act structure before I started. But that’s because at least 75% of screenwriting is story structure—you’re creating a blueprint for a story rather than the final story itself.

Kevin:  A lot of your writing, from your feature work to political comedy to Beavis & Butthead, has comedic elements.  Did you have any training in comedy, like workshops or improve classes, or are you just naturally funny?

Geoff:  I’ve never had any formal training, and I’ve never been a performer, but I’ve always been a comedy writer. Like I said at the top, the first things I ever wrote were humor pieces for my high school newspaper, and I never really wanted to do anything else with my life after that.

Geoff:  Creatively speaking, you should write the kind of stories you want to see as an audience member. All the best work comes from trying to please yourself first. (The down side to this is that if other people don’t share your taste, it might be tough to get paid.)

Professionally speaking, if you want to be a screenwriter in 2014, you should focus on TV. The market for original screenplays in film–at least at this point in time–has shrunk so dramatically that even the most successful screenwriters I know are spending at least part of their time working in TV. There just aren’t many jobs in film anymore, because the business models that used to sustain the market stopped working.

This might change in the future. But in the short term, most of the opportunities are in TV. Geoff:  Benedict. Who would choose deviled over that?

Geoff:  Blackbeard. Sadistic, horrifying violence was on a whole other level during the Golden Age of Piracy. As best I understand it, Somali pirates are just trying to make a living. They’re not going to put your skull in a vise and tighten it until your eyeballs pop out for the fun of it, which is the kind of thing pirates like Blackbeard used to do routinely.

Kevin:  If Bill Maher and Al Franken were to get into a fist fight, who would win?

Geoff:  Not sure about a fist fight, although Al would definitely win a wrestling match. He used to wrestle in high school, he’s very stocky with a low center of gravity, and he stays in pretty good shape. Maher has a much lighter frame. Fifteen years ago, I think he used to go to the gym, but I’m not sure he does anymore. I read in a magazine article that he smokes a lot of weed. Which doesn’t disqualify you from going to the gym, but it does make it less likely. 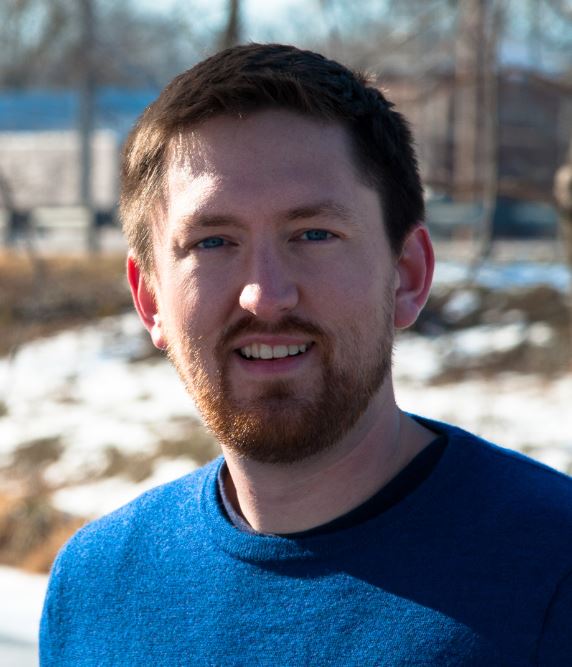