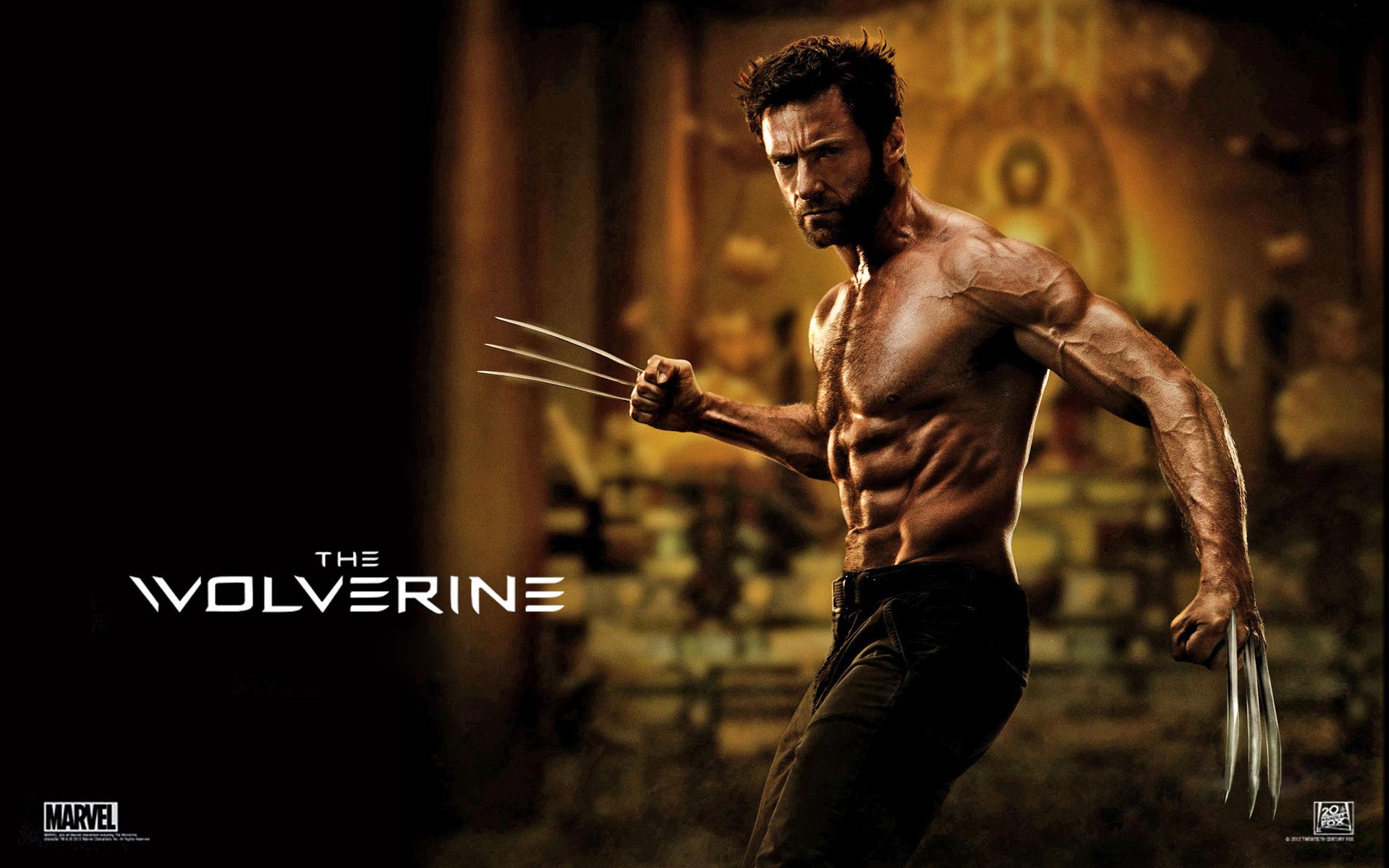 Interview with The Wolverine and Live Free or Die Hard screenwriter, Mark Bomback

Scripts & Scribes:  You went to school at Wesleyan studying English Lit and Film Studies.  Do you feel that studying film in college helped your career?  Would you recommend that aspiring writers take film courses or attend film school if they can?

Mark Bomback:  The undergraduate film program at Wesleyan was, for me, invaluable, mostly because it was theory-driven as opposed to overly focused on production. It taught me not only how to talk about film but how to think about film, and it instilled in me a profound appreciation for the medium as an art form that I’m not sure I would have come to otherwise. So to answer your question, yes, it helped me immensely on an intellectual level. But in terms of the craft of screenwriting itself, I’d have to say that the real learning came from years of trial and error, reading countless screenplays both brilliant and awful, and only trusting my instincts after I felt I’d earned that trust. I know there are a lot of great programs out there, but for me, an undergraduate-level education in film was sufficient. If I was pursuing directing, however, I’d probably consider a graduate program more seriously. S&S:  What was your first paid writing gig and how did you get it?

MB:  My first paid gig was on a straight-to-video “Single White Female” knock-off called “The Night Caller.” I was hired by this legendary B-movie producer Pierre David to rewrite the script they had, which at the time was titled “The Listener.” How it came about… well, I had written a spec called “Innocent Bystander” – sort of a poor man’s John Dahl neo-noir that was, quite frankly, sort of terrible. But a young agent at APA was open-minded enough to work with me on the sly (I was way too novice to warrant being a real client) and this agent hooked me up with an independent producer. That indie producer knew an executive who worked for Pierre David, who was always on the hunt for really inexpensive writers who weren’t in the WGA and thus could be paid below the guild minimum. The money wasn’t nearly enough to quit my day job, but I was thrilled that someone was willing to pay me anything to write, and couldn’t wait to tell everyone that I was officially a “professional.”

S&S:  What is your opinion of screenplay competitions?  Which ones (if any) do you feel are worthwhile?

MB:  I think the popularity of these competitions started to spike after I’d already gained some traction as a screenwriter, so I really don’t know much about them. I would be wary of any contest that requires a hefty entrance fee, but you do hear these occasional success stories, so I guess I’d advise aspiring writers to enter at their own risk. There’s not really any one contest I could recommend.

S&S:  Do you work on a screenplay until completion or are you able to jump between multiple scripts you’re writing at the same time?

MB:  I try to focus on one script at a time in terms of actually writing in the format, but am usually contemplating two or three others on the burners. I’ve also had situations where I’ve taken a break from one project, hopped onto another for a few weeks, and then returned. Inevitably this hitting of the pause button has proved really fruitful. S&S:  At some point in your career you might have been asked to do work for free – rewrites or drafts – on the down low.  How did you deal with the situation?

MB:  It really is specific to the project. There have even been situations where I’ve been the one to ask for a quick, free pass because there was an element in the script I still wasn’t satisfied with. If you’re working with a producer or executive you trust and who is treating you with respect, this kind of request is rarely that irritating – but yes, it happens frequently. However, it’s nearly always minor fixes, and a few more days worth of tweaks is hardly something to moan about. But I’ve of course heard horror stories, and have just been fortunate in that no one has ever pulled one of those moves along the lines of “do a free pass or you’re fired.” My guess is if I was confronted with that dilemma, I’d probably walk away. That level of disrespect for a writer’s efforts is never a good sign, and usually a big red flag that you won’t see the project through to the end anyway.

S&S:  What is a normal writing day for you like?

MB:  I have four kids, so it’s kind of a necessity for me to keep banker’s hours. I get to my computer by around 8:30am, break for lunch around 12 or 1, then call it a day around 5:30 or 6.  There are the usual distractions of phone calls, emails, etc, but for the most part I really just try to get in the zone and ideally write at least 8 to 10 useful pages.  That’s when I’m working at home. If I’m on set or location, then I’m a bachelor writing at all hours.

S&S:  What do you do to prep for pitch meetings?

MB:  I have something of a corny mantra I repeat to myself: “Be the writer they want to hire.” In other words, project confidence and an assuredness that you’re about to change their lives with the brilliance of your ideas! I also try to bear in mind that the best pitches feel like someone has just seen the film and now they’re so excited they just can’t wait to tell you all about it.

MB:  Gosh, that’s sort of begging for a pretentious answer… Truthfully, I’d say the best action scenes are those that simultaneously advance the narrative and reveal depths of character. See what I mean? Pretentious!  But that’s truly what separates good action from great action, in my opinion.

S&S:  How do you bring new life to long time-honored characters and stories like Live Free Die Hard or Total Recall while still maintaining the spirit of the originals?

MB:  I try to approach it as a fan, and simply ask myself “what is the brand new version of this character/world that I would genuinely want to see?” If I don’t feel I can honestly answer that question, then I don’t pursue the job. Of course my answer might be very different from another fan’s, but my instincts are really all I’ve got.

S&S:  As a writer, do you like to spend a lot of time on set and if so, how do you spend your time?

MB:  It depends on the film. For “Dawn of the Planet of the Apes,” for example, I was in New Orleans and Vancouver a total of 17 weeks this year (yes, my wife was counting). For other films, I’ve only had to go to set for a few days. “Unstoppable” was another film where I was on set a majority of the shoot, mostly because of all these minor adjustments we had to keep making to accommodate the technical challenges.  A set visit is usually a lot of fun for a day or two, and then I start to get self-conscious that everyone else appears to have much more to do. The writing happens either in a trailer or in my hotel room. In my free time, I inevitably gain weight. New Orleans and Vancouver are both meccas for foodies.

S&S:  You’ve worked with director Len Wiseman on a few projects.  How important is it to foster a good relationship with your director and how do you do it?

MB:  That strong relationship is critical. I’ve been more lucky than not in terms of directors I’ve worked with, but I’m not sure how to explain how those relationships evolve. It’s sort of like asking how do you make a friend! Chemistry and mutual respect, I suppose. MB:  I wrote a long letter to Mark Bomback (the pitcher) when I was in the 2nd grade and he was playing for my home team, the Mets. He never wrote back. But apparently my brother has friended his daughter on Facebook.

S&S:  I’m a huge fan of the work of Tony Scott personally.  Just as a fan, I wanted to know what was it like to work with the late Tony Scott on Unstoppable?

MB:  It was the privilege of a lifetime, and I miss him tremendously. He was not only a brilliant director but one of the kindest and warmest people I’ve ever known. He was beyond generous to me as a writer – completely inclusive and supportive – and he involved me in every stage of the making of that film. It was an education I’ll never forget. To say he was one of a kind is an understatement. 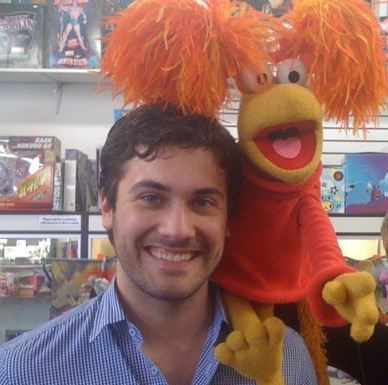